Where Buyers and Sellers Come Together

The Atlanta Shoe Market is an industry-owned and –operated shoe trade fair, sponsored by the Southeastern Shoe Travelers Association (SESTA). It is held twice annually, in February and August, featuring spring and fall styles respectively, at the Cobb Galleria Convention Centre and Renaissance Waverly Hotel.

The trade show has grown steadily in size and stature over the years. Today, more than 1800 lines of footwear, as well as accessories and handbags, are represented, from salon to branded business, including women’s, men’s, athletic and children’s. 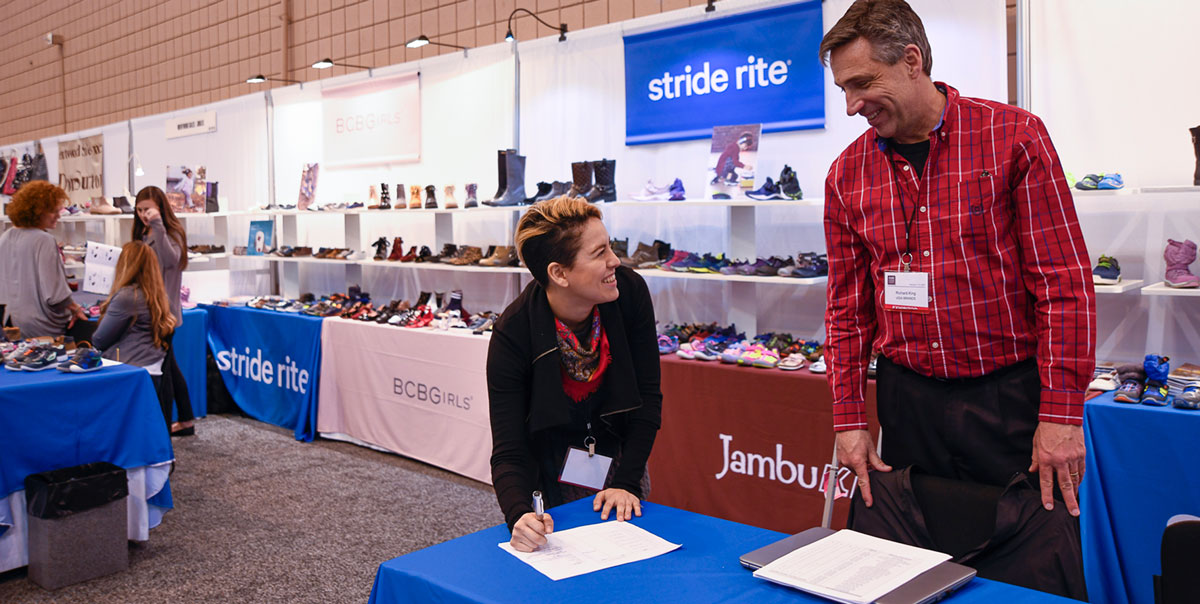 Over the years the show has built a reputation for being the industry’s most productive event, a “working show” where buyers meet with sellers and place their orders for the coming season. The show is also noted for its ease and convenience – easy to get to and convenient to work with everything under one roof.

According to SESTA Executive Director Laura Conwell-O’Brien, “Our goal has been simply to make it as efficient as possible for retailers and manufacturers to conduct business.”